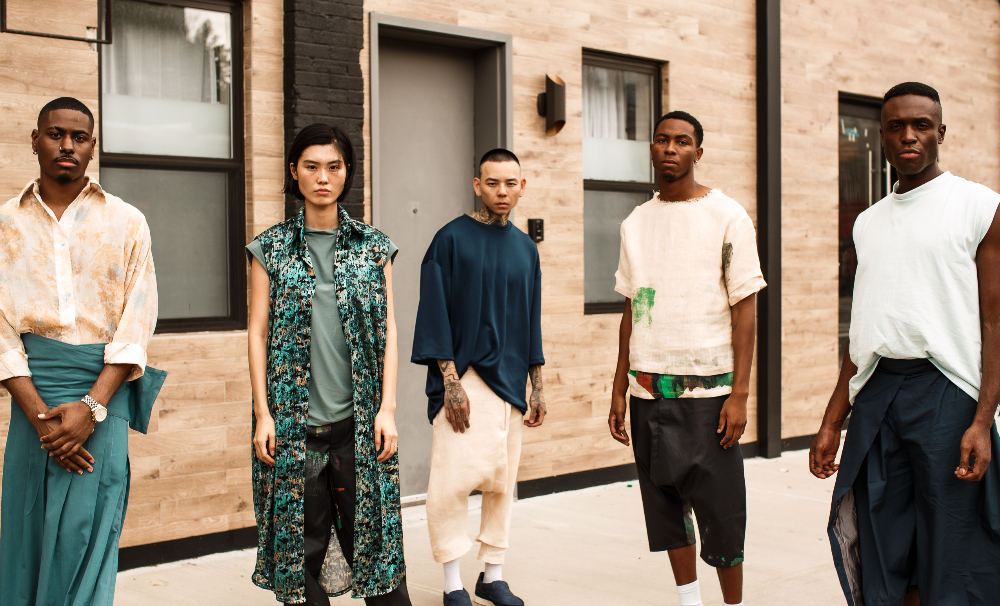 Chelsea Grays is an American fashion designer living and working out of Paris. She focuses on menswear for her own fashion label, Chelsea Grays. Originally from Cleveland, Ohio, Chelsea attended Academy of Art University in San Francisco where she earned an MFA, then was selected to travel to Paris for an extended study at La Chambre de Syndical Haute Couture. Initially, Chelsea studied psychology at North Carolina Central University and earned a BA which she intended to use as a counselor. She changed directions and quickly transformed those skills to fashion by raising awareness of social issues through each collection. Prior to launching her label, she interned at Vera Wang and Andre Walker for Yves Salomon. Her skills led her to be named as a finalist for the 2018 Geoffrey Beene Design Masters Scholar Award for her Vanguard collection and a part of the CFDA Fashion Future Graduate Showcase where she previewed her Organized Chaos collection that debuted on the runway during 2019 NYFW. She is known for her crafty approach with mixing and matching prints and patterns and creating unique male silhouettes. Chelsea received great notoriety for her signature mixed denim-inspired jacket and draped houndstooth-patterned pants. Chelseas work has been spotlighted in Harper’s BAZAAR, i-D Magazine, The Daily Front Row, The Impression, and at Mercedes-Benz Fashion Week. Her collections are accompanied by campaigns that raise awareness of social issues. Previously, her collections were centered around police brutality, homelessness, colorism, and waste (upcycling).