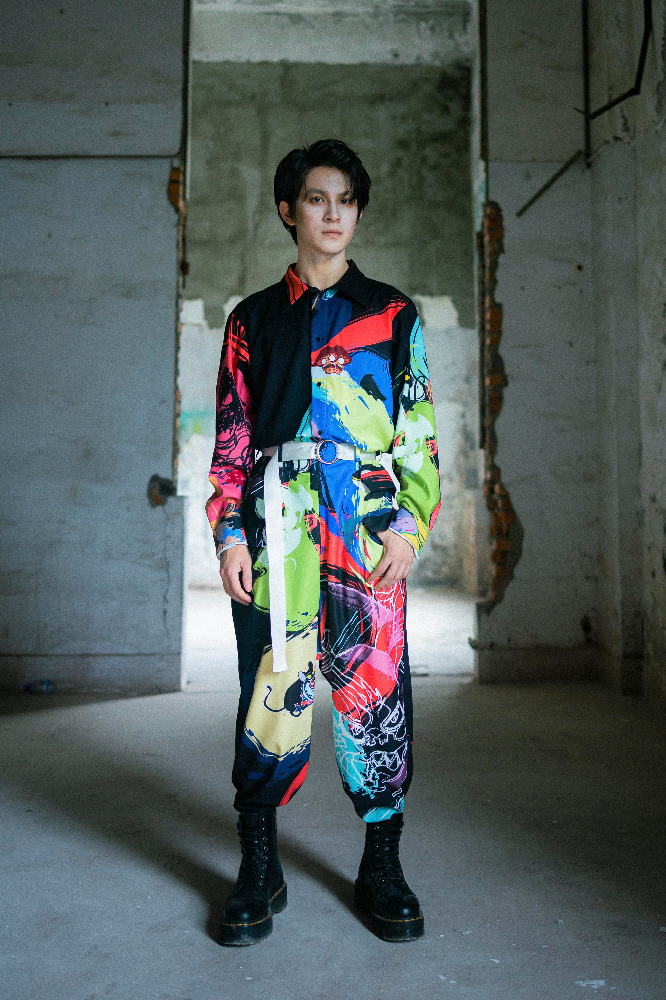 INF was founded by independent designer Kuo Wei, who was born in Taichung and graduated from the Fashion Design Institute of Shih-Chien University from Tai-wan. This is the second time Kuo Wei has been selected for the official New York Fashion Week. After entering the schedule list by following a fashion micro-film with the theme of Gay Love and Taiwan General Store in February this year, and performed by Golden Horse best actress Chen Shufang at New York Fashion Week, this season Kuo Wei also challenged the scale again by shooting another fashion film by thrilled and suspense element, combines fashion and grotesque. The full feature film will be premiered at the INF brand 22SS runway at historical house Lin An Tai. The scene of the story in the play switches between the Yin and Yang worlds. In the play, the actor Li Kangsheng lost his son and took the car as his home. He constantly seeks the help of his shaman (played by Nadow Lin) and looks for meeting his beloved son by Gun lu yn. Sadly, but still can’t let go of the hatred to the man who killed his son (played by Erek Lin). The story revolves around the interaction and resentment between the three.