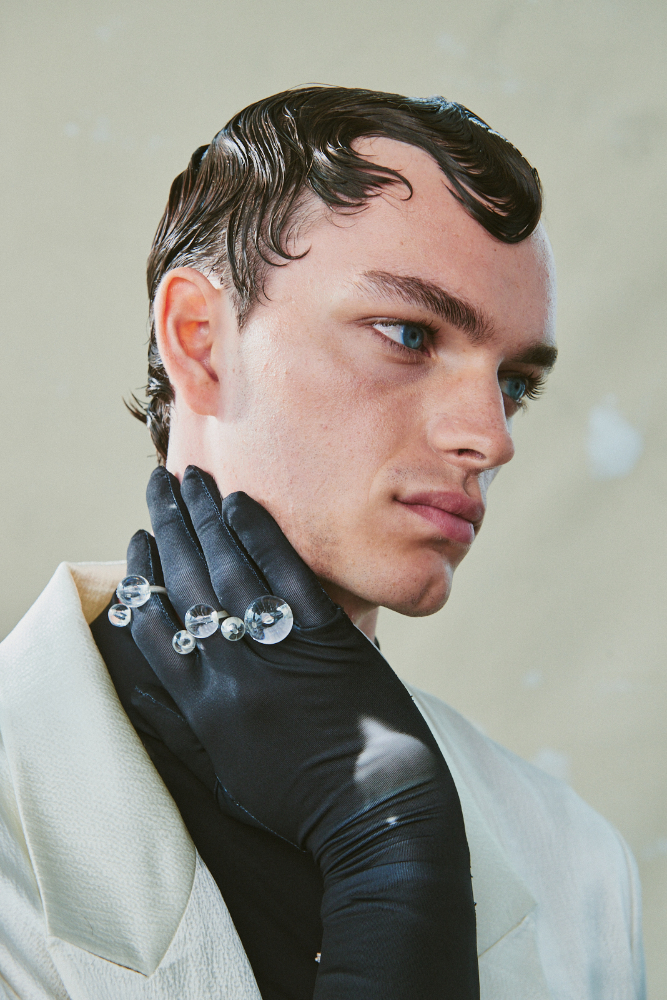 ABOUT THE STOLEN GARMENT

Jungwoo Park, a.k.a. Woo Park participated in the 2017 St Martin-in-the-Fields graduation collection show. The show, however, took an unexpected turn when one of Woo Parks exhibited garments was stolen by a trespasser only hours after the show opened. The news spread quickly throughout the community and on social media, sparking a city-wide search effort. Soon after, people began to upload photos of a homeless person they spotted walking down the streets of London, wearing the stolen garment. Despite the remarkable discovery and the joint efforts with the London Police, the garment was never retrieved. This strange turn of events and never ending search, led Woo Park to launch his own label to celebrate the ever-ongoing show.